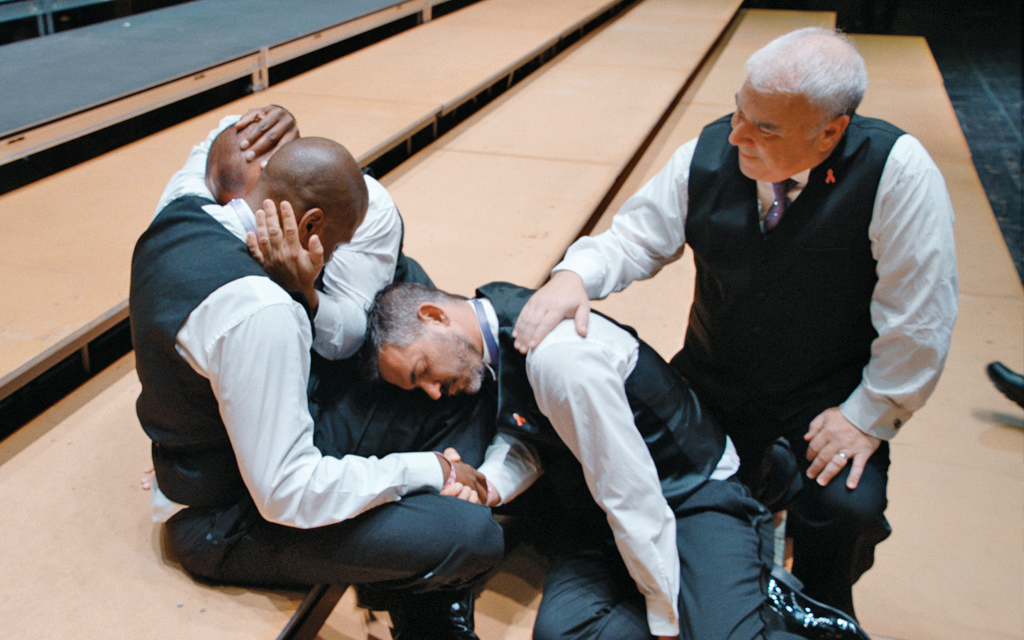 In the wake of the 2016 election, the San Francisco Gay Men’s Chorus responded with a bus tour through Southern red states. Their mission: Carry a message of visibility, acceptance, hope, and the power of music to unify rather than divide.

Joined by the Oakland Interfaith Gospel Choir, the SFGMC toured areas of the southern United States with the most discriminatory anti-LGBTQ+ laws, including Alabama, Mississippi, Tennessee, and the Carolinas. Director David Charles Rodrigues combines modern-day truths with historical perspective to chronicle this intense, moving, and inspirational journey.

As the diverse group treks through the South, the film focuses on individual stories with universal implications. Many chorus members return to cities, towns, and states that they fled decades before, uncovering surprising changes and heartbreaking new realities. By going directly to areas where they are least likely to be accepted, the chorus members use one-to-one human connections and the healing power of music to foster change. Fueled by powerful live performances and colorful characters, this dynamic documentary captures the heart and soul of a contemporary civil rights movement.

Screening preceded by a live performance by the INDIANAPOLIS MEN’S CHORUS.